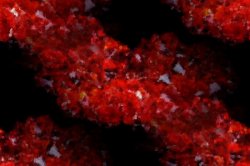 This training course covers the fundamentals of the Ruby language for beginners with hardly or no knowledge in Ruby programming. The training material is enriched with lots of exercises and examples.

Target Group:
This course is intended for absolute beginners in Ruby, but some programming knowledge in other programming or scripting languages can be useful.


The fees for this Programming course per day:

Attention:
The price of this course includes participation in the seminar and board and lodging in a 4-star hotel located at Lake Constance.
The price comprises:
Course material